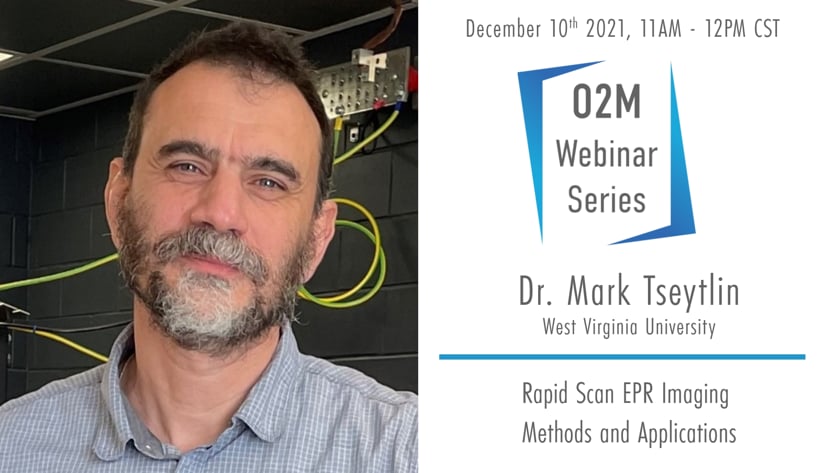 Rapid scan (RS) EPR is poised to become a mainstream technology given recent developments in hardware, deconvolution methods, and commercialization by the Bruker BioSpin corporation. The RS technique has its constraints and advantages. Some EPR applications, such as functional imaging (including oxygen), will benefit the most. For others, the use of the current state-of-the-art RS EPR method may not be so beneficial. This talk will give an introduction to RS EPR and outline the areas of applications where this method is superior to the standard first-harmonic first-derivative continuous-wave EPR. In addition, several applications of RS EPR will be demonstrated.

Dr. Tseytlin grew up in a family of medical doctors (four generations now) but had a taste for physics, mathematics, and engineering. After receiving his Ph.D. in the field of imaging of conducting materials (physics and mathematics), his interests had shifted towards biology and medicine. He has been developing novel imaging methods with a major focus on biomedical research, as evident from the NIH support. The methods he develops are based on the Electron Paramagnetic Resonance (EPR) phenomenon that was discovered in his alma mater, Kazan State University, in 1944. As a consequence, he had the honor to be taught by the best representatives of the Russian magnetic resonance school. After immigrating to the US, he worked in several leading EPR groups at the University of Denver, University of Chicago, and Geisel School of Medicine at Dartmouth College. In 2015, he was invited to join a newly organized In Vivo Multifunction Magnetic Resonance Center at West Virginia University, where he is now a faculty member (Associate Professor).