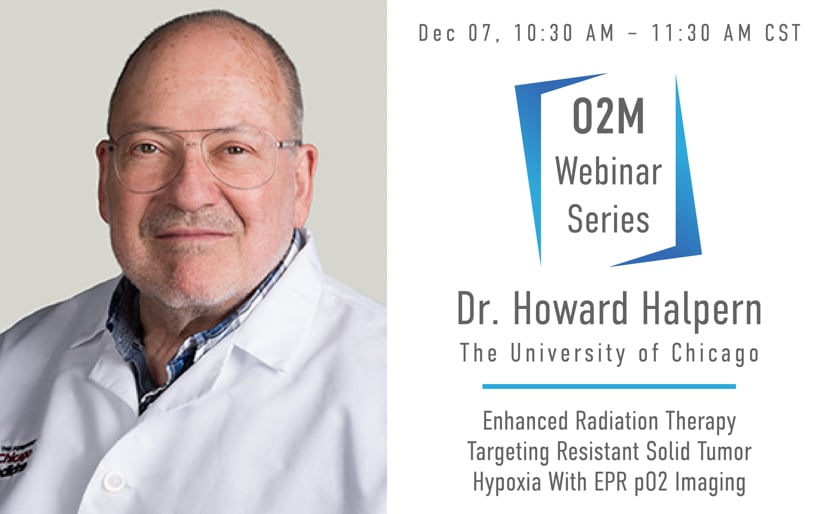 Resistant localized portions of solid tumors has been postulated to exist for over six decades. These have primarily been associated with regions of tumor hypoxia with low molecular oxygen or low pO2. It was one of the driving concepts behind the development of Intensity Modulated Radiation Therapy, IMRT, where radiation dose could be sculpted to produce large dose gradients within the tumor boundaries. Positron Emission Tomography, PET, using 18F labeled nitroimizole radiotracers which have been shown to be retained in hypoxic tumor regions was hoped to provide a reliable means to localized resistant hypoxic tumor but this has failed to show benefit. Quantitative electron paramagnetic resonance (EPR) pO2 images has provided the first demonstration of local tumor control enhancement through identification of tumor hypoxia and directing extra radiation to those hypoxic tumor regions. We will describe the nature of this magnetic resonance imaging modality using electron resonance rather than nuclear resonance. A nontoxic spin probe is necessary to report the local pO2. Low magnetic field strengths, a few hundred times that of the earth’s magnetic field prepares the images. Data from two mammalian tumors, the first in over a century of the observation of hypoxic resistance to radiation will be shown.

Dr. Halpern is a Professor of Radiation and Cellular Oncology and Director (PI) of the NIH Center for EPR Imaging In Vivo Physiology at the University of Chicago and an attending Radiation Oncologist practicing in the University of Illinois clinic run by the University of Chicago. A major focus of his research effort has been to develop high resolution noninvasive images of oxygen distributions in tumors and normal tissues living animals with electron paramagnetic resonance (EPR) imaging.