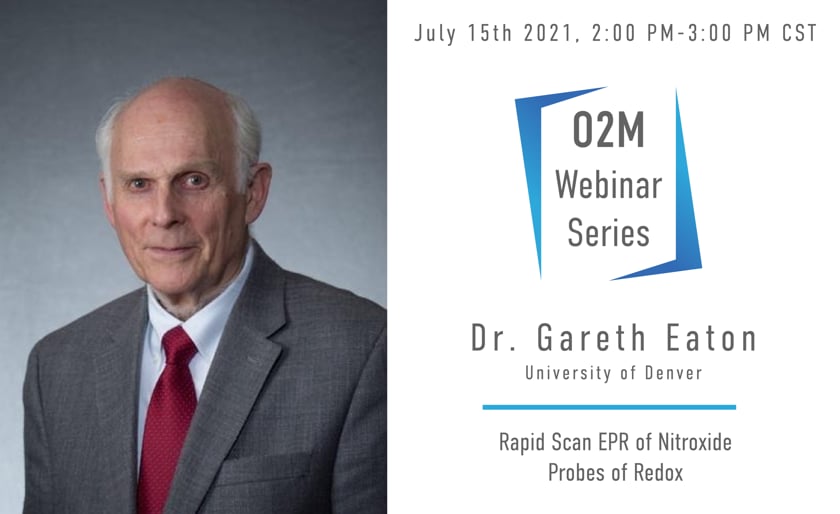 A brief introduction to the relative benefits of CW, rapid scan, and pulsed EPR for solving various problems will be presented. Emphasis will be on applications to nitroxide probes designed to measure redox status of tissues.

Gareth R. Eaton received his A.B. at Harvard and obtained his Ph.D. at MIT 1972. Since then he has been in the Department of Chemistry (now the Department of Chemistry and Biochemistry) at the University of Denver. He was promoted to Professor in 1980. He served as Dean of Natural Sciences from 1984-1988 and as Vice Provost for Research from 1988-1989. In 1997 he received the John Evans Professorship at the University of Denver. He teaches inorganic chemistry. His research program involves continuous wave, rapid-scan, and pulse EPR applied to the study of relaxation times, spin-spin interaction, metal ions in biological systems, and EPR imaging. He and his wife, Professor Sandra S. Eaton, have jointly authored over 400 research papers and book chapters. In 2002 they jointly received the Bruker prize and in 2008 they became Fellows of the International EPR/ESR Society. He is a Fellow of the Royal Society of Chemistry.